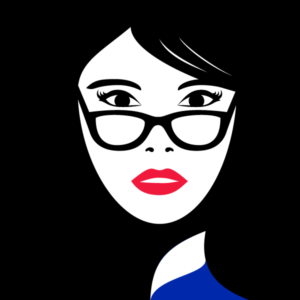 Izzy loves crime fiction and is a lifelong Agatha Christie devotee. When we meet her at the beginning of “A Corpse Called Bob” she is working in a job she hates for a man she despises, trying to forget the fact that her real talent lies in solving mysteries. Luckily for Izzy, someone decides to off her odious manager on the very first page of “A Corpse Called Bob” and she is perfectly placed to root out the killer.

I created Izzy Palmer to be a very modern protagonist that people could quickly relate to. Like a lot of my friends, she is, around thirty, dissatisfied with her prospects and unsure what she needs to do to improve them. She studied a degree which did nothing to help her choose a career – except for some vague dreams of becoming a rock-star poet – and she wishes she wasn’t still living at home.

There is a real life person who had a big influence on her character. My friend Lucy was my greatest supporter for eight years. She read absolutely everything I wrote countless times, including the first version of “A Corpse Called Bob”. She was a brilliantly ruthless editor and helped me improve my writing a lot. Over time, I’m pretty sure that I came to write my books to fit with what Lucy found funny. Izzy’s sense of humour is just one of the traits she owes to my friend.

I’ve spent pretty much every day for the last six months with Izzy Palmer, but I’m still not entirely sure who she is. This is partly because the more I write about her, the more I discover, but also because Izzy still has a long way to go.

I have a rough idea of what she will get up to over the course of the next few books but the exact details of her progression are still hazy. One of the wonderful things about being a writer is allowing your characters to take you places you would never have expected to go. Izzy is quirky and clever, funny and fierce and I’m sure she’s got some interesting plans of her own that I know anything about.

If you want to find out a bit more about what Izzy was like as a young adult, sign up to the Izzy Palmer Crime Club and you can access “A Corpse in the Freezer” which takes place during her first weeks in university and may go some way to explaining her rather unique character. As it’s based on some pretty odd stuff that really happened to me, it may say a bit about me too. 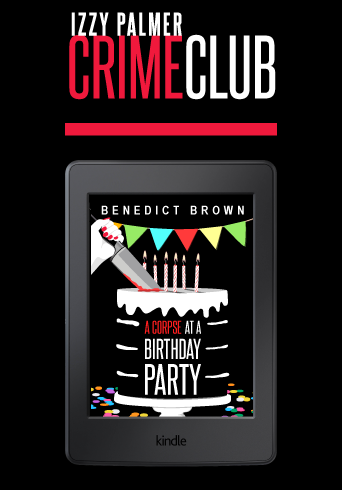